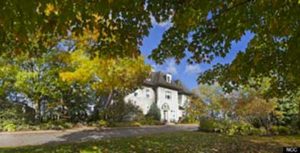 OTTAWA — Scenarios presented for fixing the prime minister’s official residence vary widely from a recently proposed $38-million renovation to a whopping $561.7 million for a White House-type complex, according to estimates obtained by The Huffington Post Canada.

HuffPost has reviewed numerous proposals by the National Capital Commission (NCC), the Crown corporation responsible for 24 Sussex Drive which was built in 1868. The simplest renovation appears to be $1.1 million to repair bullet-proof windows and basic foundation work.

The grandest reimagining of the prime minister’s estate is as a new ‘White House’ with a large working residence, and the PM’s historical residence turned into a government guest house. It is also the most expensive scenario.

Based on a 2011 proposal, the prime minister would move into 100 Sussex Dr., the current home of the National Research Council. That building would be retrofit for security purposes — at an estimated cost of $355.9 million — and include office space for all of the Prime Minister’s Office staff and 70 percent of Privy Council Office employees.

It would come with a multi-story parking garage at a cost of $55.3 million; a secure residence for the prime minister at $46.7 million; and total site security for another $103.8 million.

“Communicating the value of the investment will be a challenge,” one NCC staffer wrote in the secret document.

Do ya think!!! That’s a lot of money for security! Hey, we will build the new garage, do all the garage and garage door repairs at this residence for 40 million! We will even throw in garage door repair and maintenance in Ottawa for the next 10 years. This is a total waste of tax payer’s money.

With summer coming to an end and fall around the corner, it’s time to organize your garage and make sure it’s ready for the colder weather. Not…

Read More
Recent Posts
Archives
Back to the top